Students at Trinity Academy are celebrating another year of excellent A-level and vocational results as they receive the long-awaited confirmation of the grades they need to progress to their next stage of education or employment. Of the students progressing to university, over 95% will be going to their first-choice institution. Principal Wendy Adeniji said, “I’d like to congratulate every student on this considerable achievement and to thank their teachers and tutors for all the many hours of lessons and extra support they’ve given.” 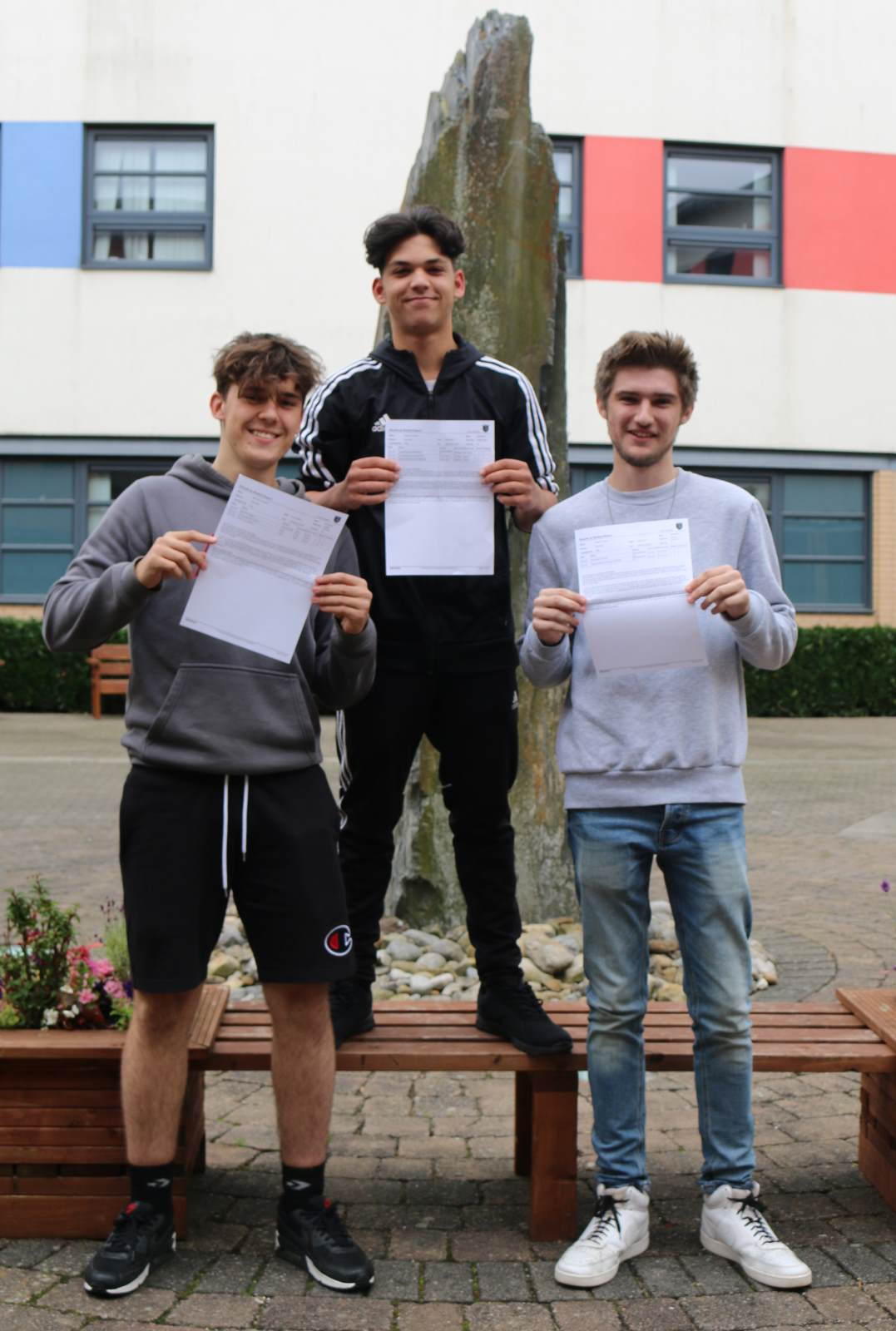 Academic excellence is at the heart of the sixth form programme, and we are delighted that almost a quarter of the Year 13 students have earned places at Russell Group universities including four at Durham. Five students have achieved an average grade of an A* - Hannah Jackson, Amy Butler, Katie Rafferty, Liberty Boyer and Amy Stewart.

Head girl, Amy Butler, who achieved four A* grades in Economics, French, Law and Mathematics has received an offer from the University of Durham to take PPE. Speaking about Amy, Head of MFL Annika Wells described her as, “incredibly hard-working with a very bright future”. Amy expressed her gratitude describing Trinity, “as one big family with a great support system both emotionally and academically.” 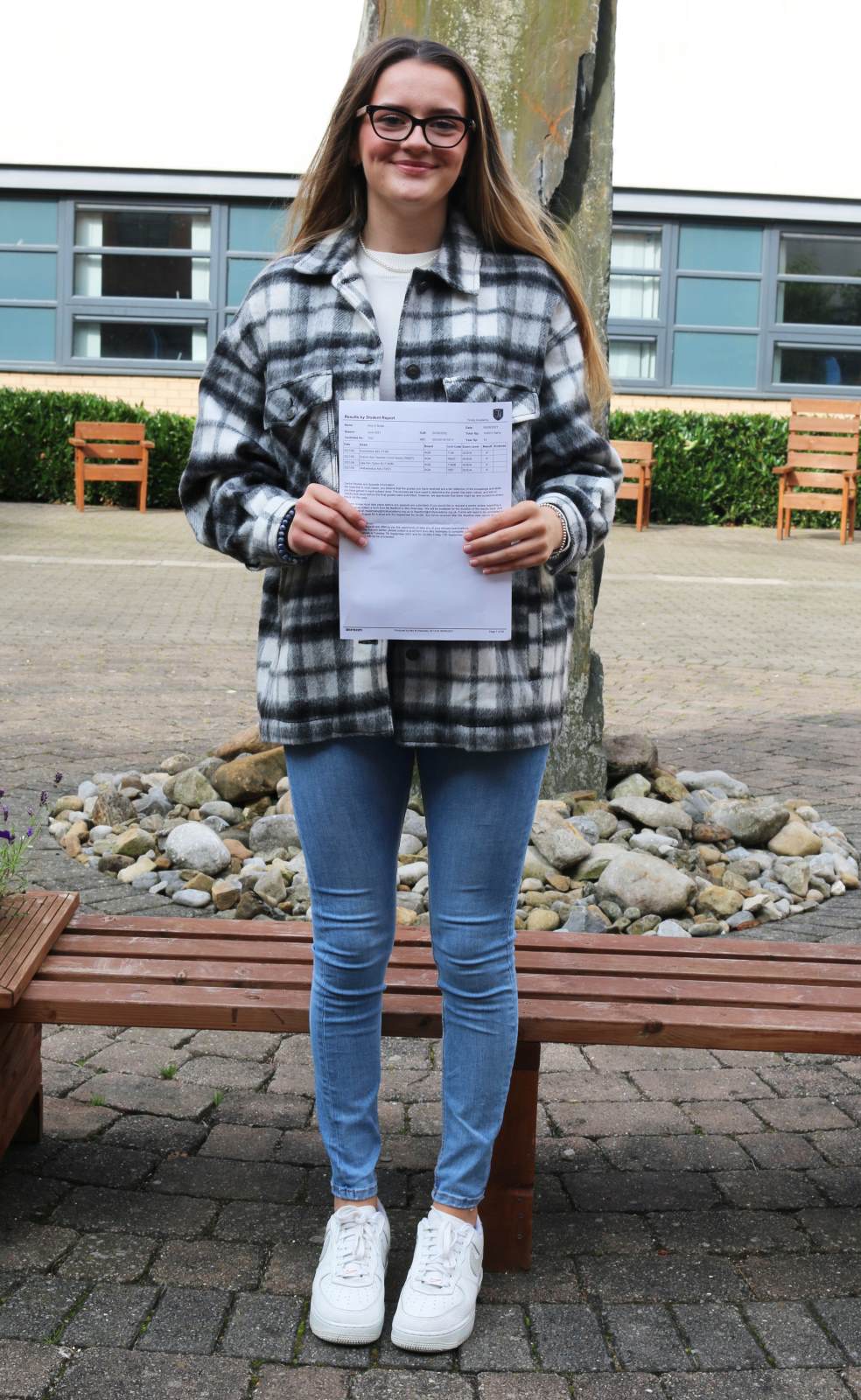 Hannah Jackson also achieved four A* grades in Chemistry, Physics, Mathematics and Further Mathematics. She has received an offer to study the Natural Sciences at the University of York. A-level Mathematics teacher Hayley Cole who taught Hannah Jackson, Amy Butler and Amy Stewart praised her group as “fantastic and hardworking, determined not to let the past year impact their success”. 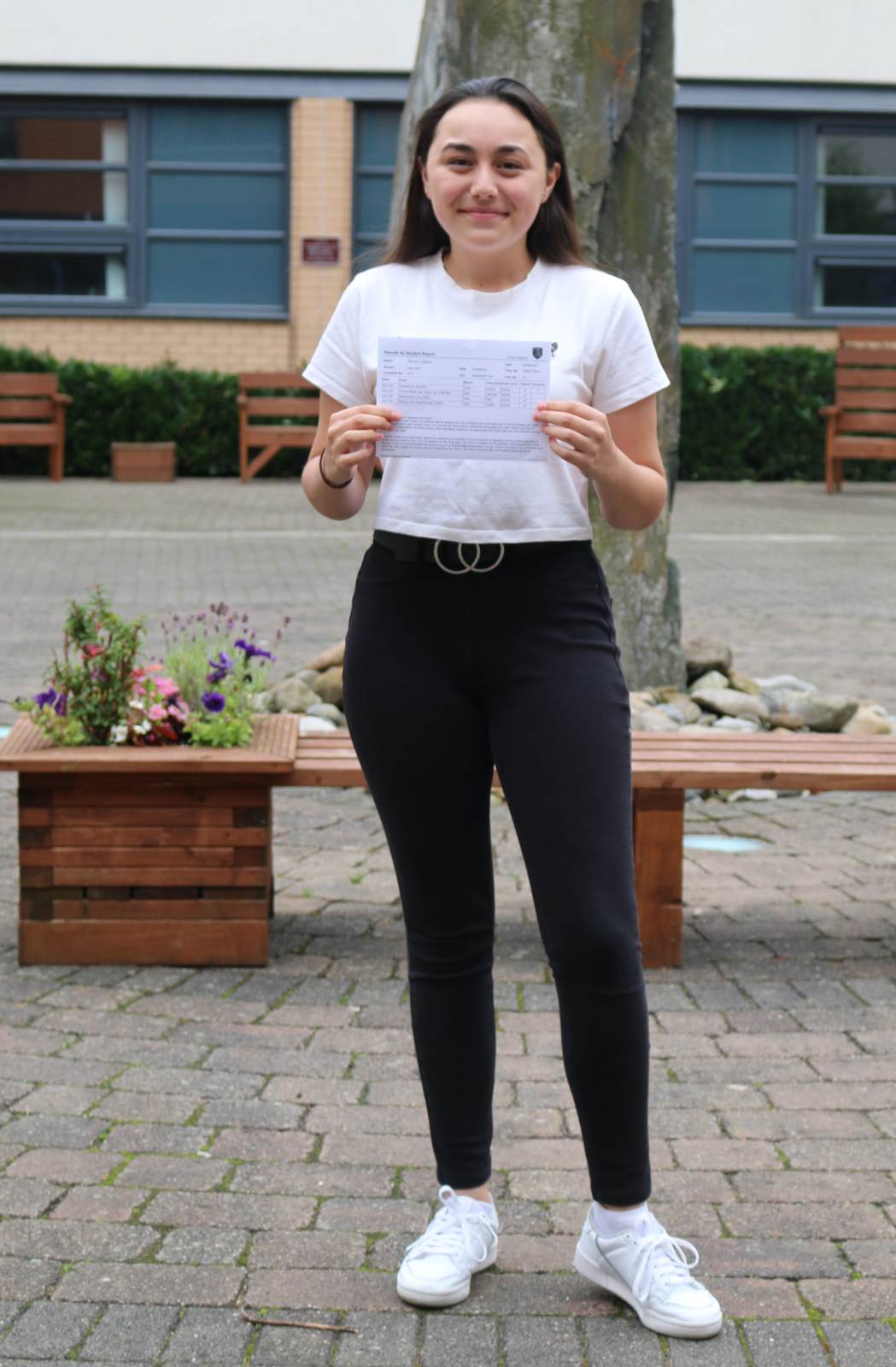 Trinity Sixth Form prides itself on the broad range of courses offered to students in the community. In turn, this allows students to progress to a wide variety of further educational routes. This year we are particularly pleased to see the number progressing into the caring profession. Megan Connell who will study Adult Nursing at the University of Leeds explained her decision by sharing that, “the support the NHS has received over the last few months really makes me want to be a part of it”. Shannon Jones-Wright is delighted to have been accepted onto the Education with Autism, Disability and Special Educational Needs course at Sheffield Hallam. Shannon, who herself has autism, wants to use the understanding she has of the challenges autistic children face to support others in the future. 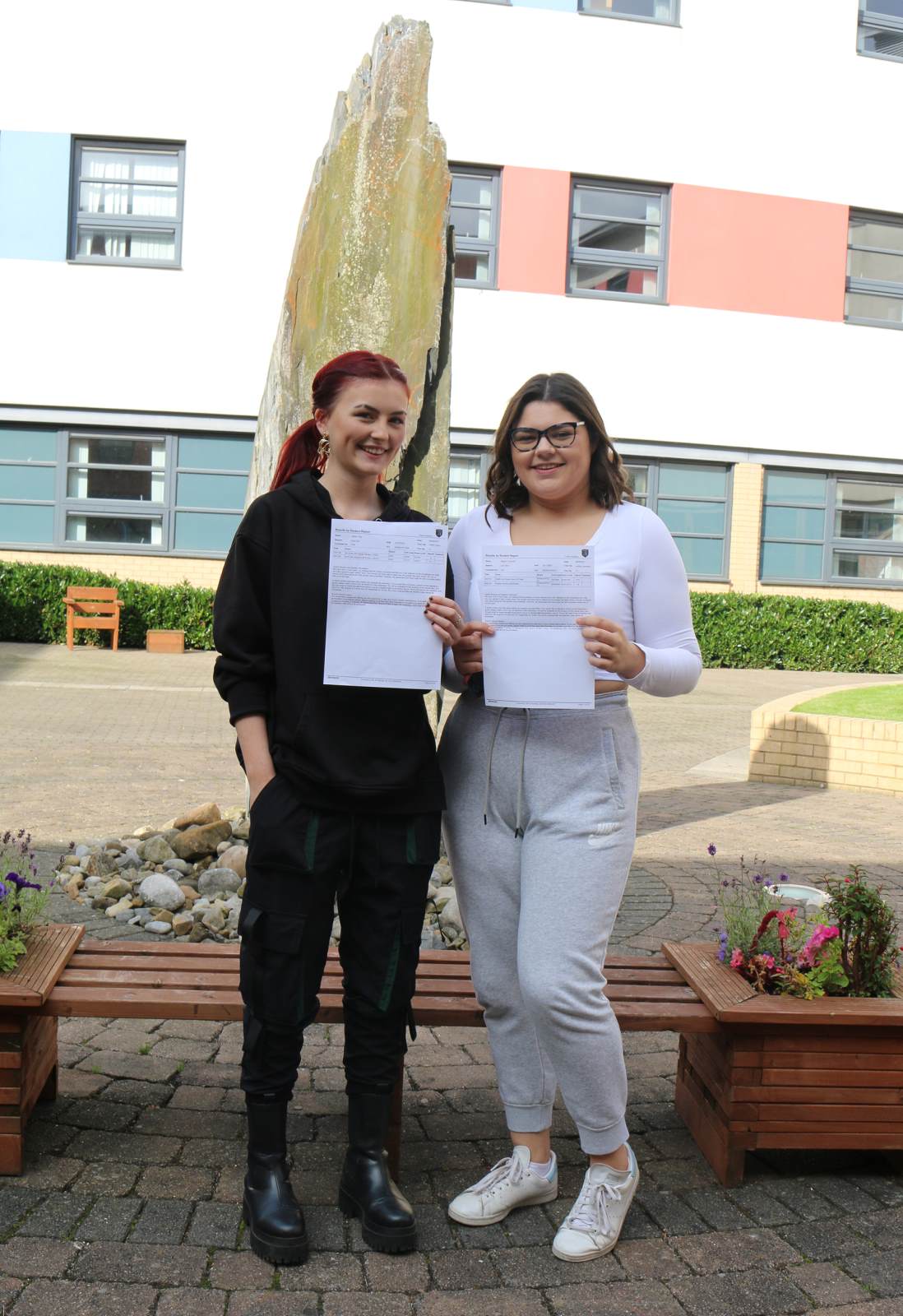 In an educational environment where Arts subjects have been increasing squeezed, Trinity continues to promote the Performing and Creative Arts subjects. Ruth Spowart-Manning has received an offer to study Music at the Leeds Conservatoire, Liberty Boyer Fine Art at Doncaster College, Cristina Negosanu Stage and Production Management at the University of Bolton, Liam Guest Acting for Performance at the University of Northampton and Olivia Graham, Musical Theatre at Performers College. Melanie Cutler, Head of Performing Arts praised students for their ability to adapt quickly to the changes in their courses. In her words, “talent will out and we have great talent”. 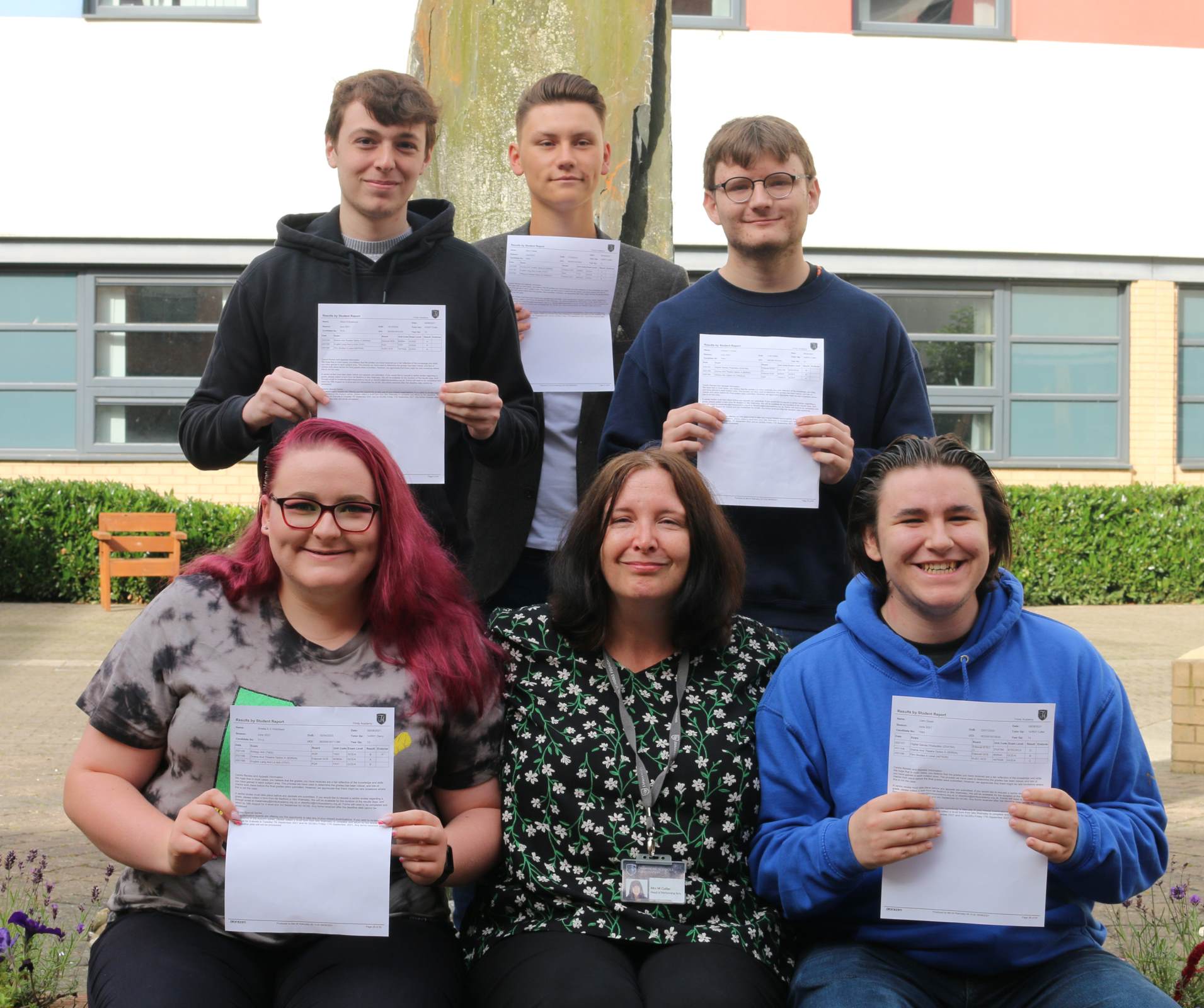 Paul Flint, Director of Sixth Form since 2016 comments, “In what has been a difficult year for our students, it is once again great that so many have achieved excellent grades and will progress to their first-choice university courses. Trinity Sixth Form prides itself on supporting each and every student onto their next step, whether that be Fine Art, Japanese, Diagnostic Radiography, Chemical and Nuclear Engineering, or anything in between.”

While a majority of students will be progressing to university, a number of students will begin apprenticeships or employment. Luke Keeble was able to secure a highly competitive apprenticeship for Aeronautical Engineering, shining in the interview stage and convincing assessors of his ability. Harrison Taylor has also been accepted onto an apprenticeship in Electrical Engineering with Network Rail. This comes with a guaranteed job on successful completion of the course with a starting salary of over £30,000.

One of the advantages of being part of a smaller school sixth form like Trinity, is the extra support that students receive. Assistant Head of Sixth Form Luke Fowle identified that, “we strive to support our students in the best way possible and leave no stone unturned to help all our students achieve academic success.” Jack Farling who will study Japanese at the University of Sheffield wanted to express his gratitude, “There is no way I would have made it through this far to complete my A levels if it wasn't for the support I have received from my teachers and the pastoral staff at Trinity Sixth Form. They have all helped me to pass with flying colours and I cannot thank them enough.” 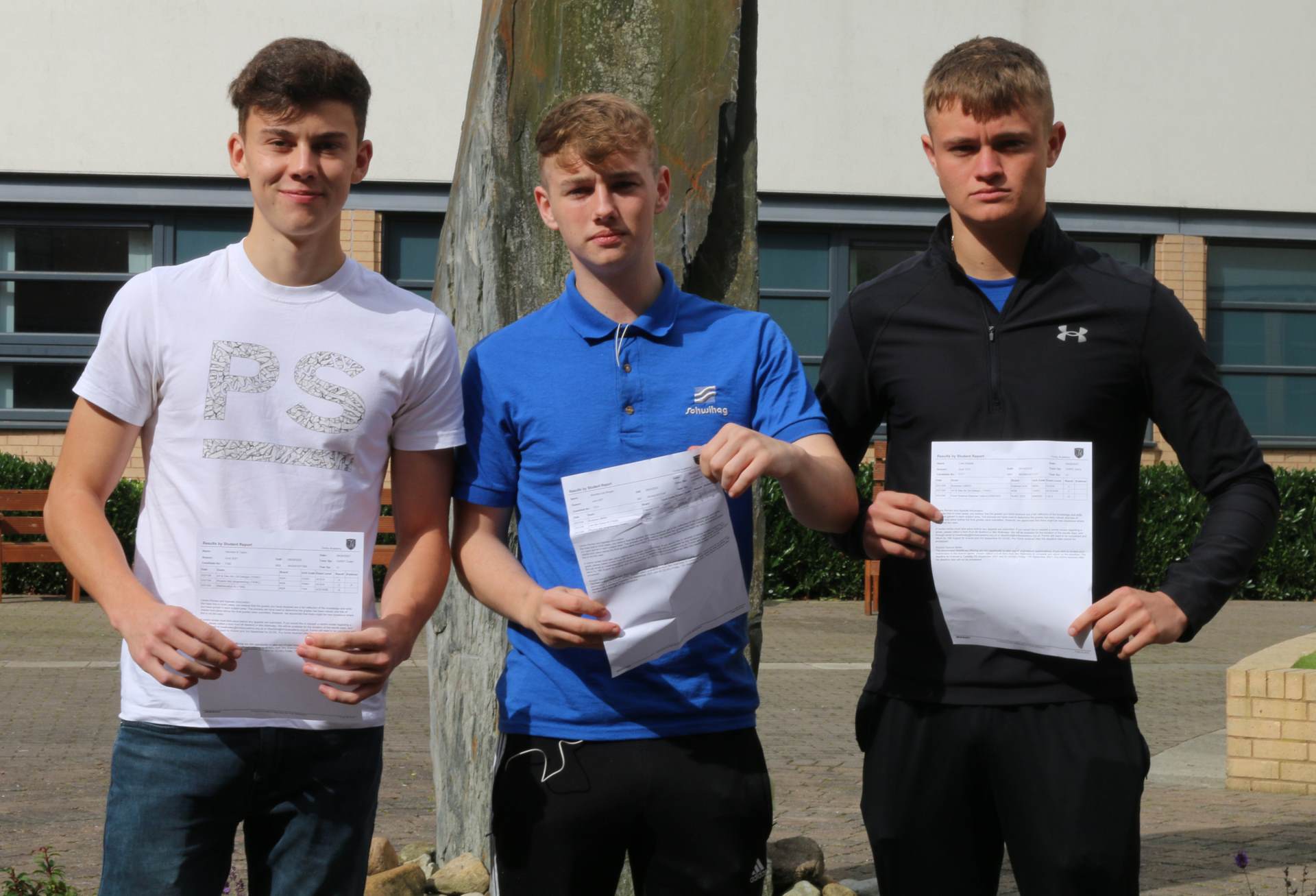