Year 11 students rewarded for their hard work and dedication

Trinity Academy is delighted to see that the hard work and dedication of so many talented students have once again been recognised in their GCSE results. Although students didn’t take formal examinations, there is no doubt they have achieved the grades they have worked for.

Jacob Page, a keen historian who achieved grade 9s in eight subjects and grade 8 in two subjects takes inspiration from Winston Churchill. The words of Churchill’s famous, ‘Never Give In’ speech to students at Harrow School in 1941 have served as a key reminder for him to do his very best. Jacob paid tribute to his teachers thanking them for their support throughout, “a difficult year”.

Hannah Croucher, who has enjoyed a friendly rivalry with Jacob that goes right back to their time at Green Top Primary School was delighted to be able to say that the grades, “reflect the hard work I have out in over my time at Trinity”. She particularly wanted to thank Mr Bush, her tutor and mathematics teacher, for all his support over the last few years. Hannah achieved eight grade 9s and three grade 8s.

Madeleine Taylor also achieved seven grade 9s alongside two grade 8s and two grade 7s. Madeleine was pleased to see her, “hard work had paid off”, and also wished to thank her teachers who have gone above and beyond to help her including Mr Taylor and Mrs Porter who have had a great influence on her. 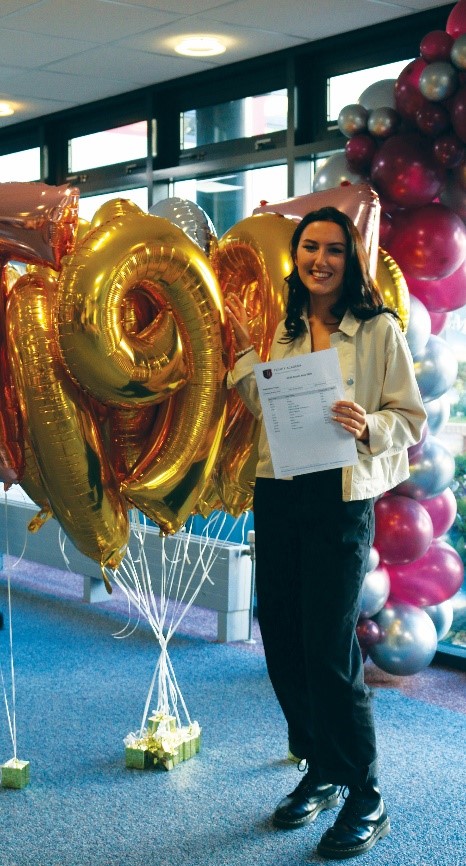 Alexander Williamson was pleased to see that his four grade 9s and seven grade 8s will be a great help with his ambition to follow his older sister to study engineering at university. Alexander expressed particular gratitude to his parents for all their support.

Evie Pearce, Georgia Bower, Nikola Symolon, Leah Gray, Dominic O’Neill and Ben Reed made up the rest of the top 10 students, achieving a minimum of six grade 8s and 9s each, an outstanding achievement.

Also celebrating some excellent grades is Amy Wilcox. Amy comes from a sporty family and alongside her academic studies, has been playing under 17s netball at an elite level for Leeds Rhinos. Until recently, Amy was also playing for Hatfield Fliers Basketball Club. Last year, Amy received the Barry Marks Award, the top accolade for sport at Trinity Academy that recognises the most outstanding sportsman or sportswoman. Despite the need to balance hours of training with her academic studies, Amy was able to achieve some outstanding grades, including grade 9s in English Language, English Literature and Physical Education.

The GCSEs aren’t just about top performers, but also measure the progress students have made since primary school. Kate Wheatley, has consistently been at the top of the yeargroup for progress and on average has achieved four grades higher in every subject than would be expected. Mr Bedford, the Vice Principal and Kate’s teacher for Physics said, “Kate demonstrates what hard work and dedication can achieve. I am so pleased to see that her amazing attitude have been rightly rewarded. I have never seen a student achieve so much progress”. 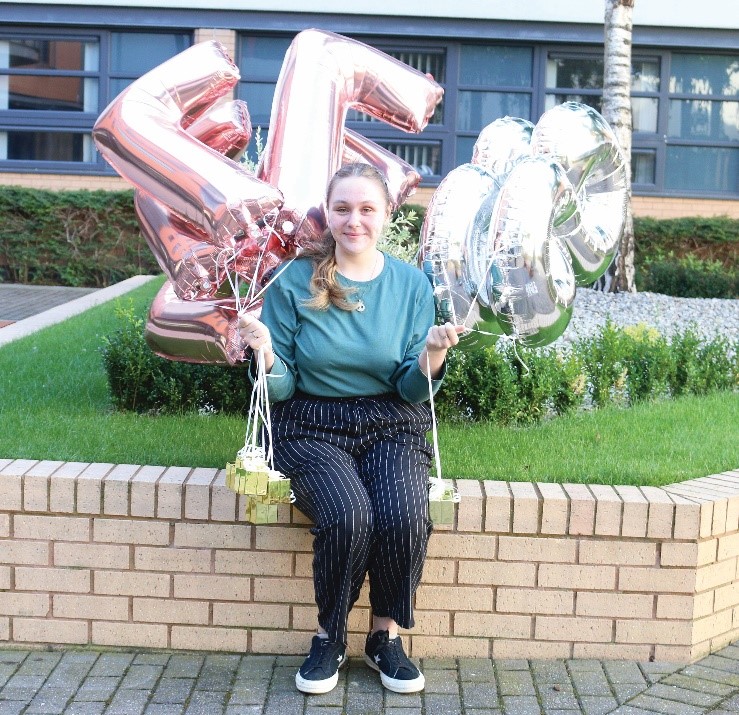 Kate Wheatley overjoyed by an excellent set of results

Mrs Vic Gibson, who recently joined Trinity Academy as Head of School said, “Our students and their teachers have worked tirelessly to achieve the results they have received today. I, and the staff at Trinity Academy, have the utmost respect for the adaptability of our students in this, the most challenging of years. Even though they couldn’t sit their examinations, they can be proud of their achievements because they reflect their determination and courage to succeed. Their well-deserved results allow them to progress on to the next stage in their lives – and for many, this will mean staying on with us for A Levels in September for which we are delighted.” 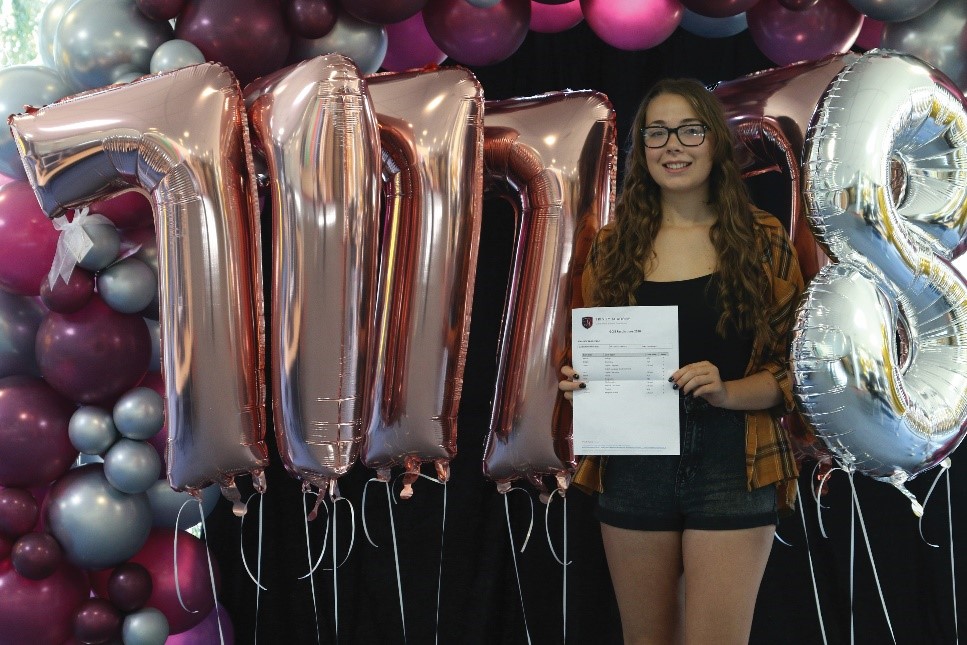 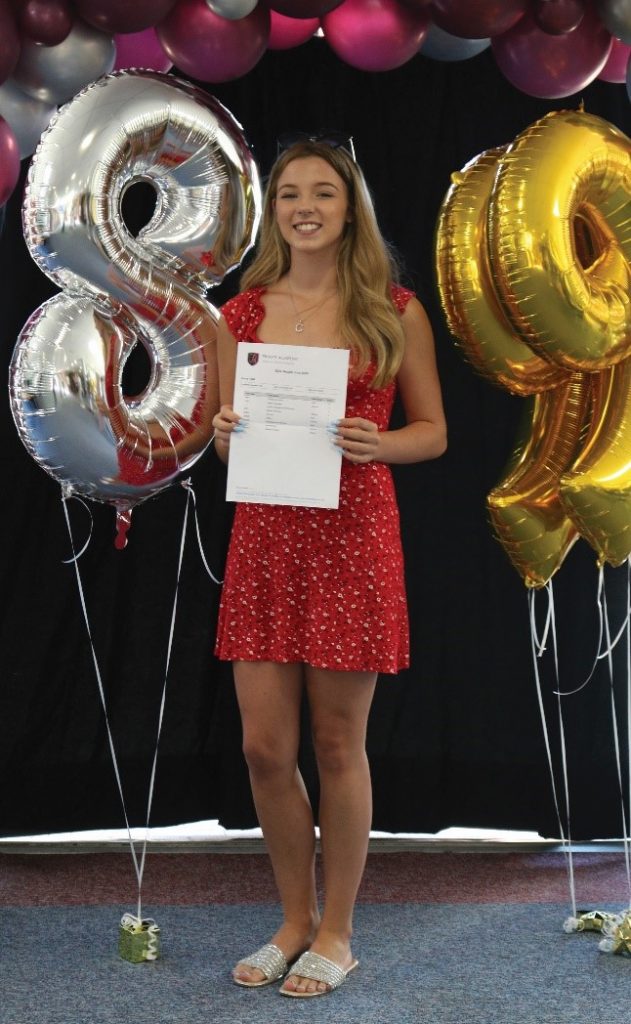 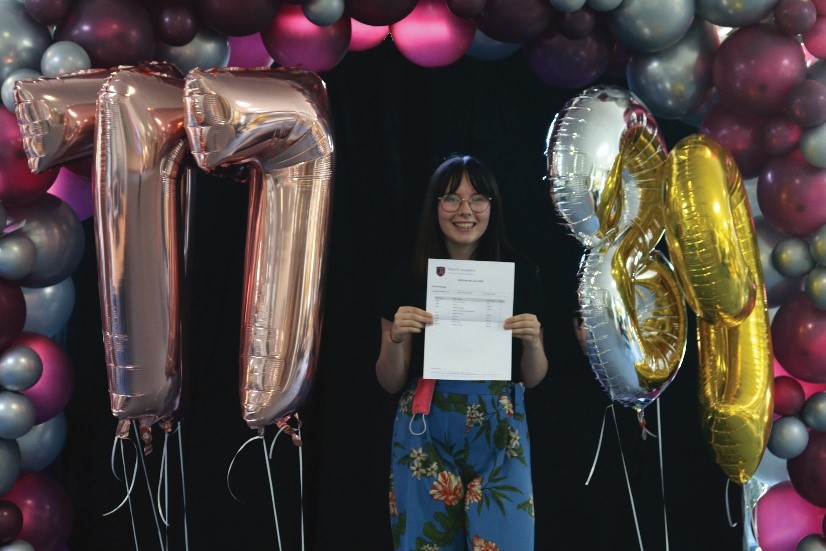